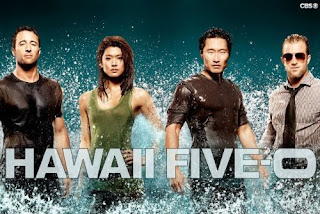 I'm down to just one CW show with Supernatural, which had a great an unexpected finale last week. Only Ringer is on my watch list for the fall. 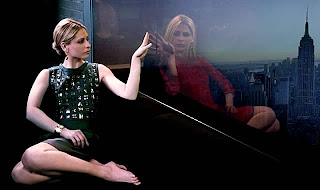 Ringer
Sarah Michelle Geller is back on TV an on the lamb after seeing a murder. She steals the identity of her twin sister but her life is kinda outta control as well. Yay!

Hart of Dixie
This looks a lot like Northern Exposure except going south and with a lady doctor. Rachel Bilson is a New York doctor who takes over the practice in a small gulf coast town in Alabama. I do like Rachel Bilson

H8R
A new reality show where celebrities and people who hate them compete in chalenges. I think they will get only the worst D-Listers for this disaster


The Secret Circle
An orphaned teenager moves in with her grandmother in a small northwest town and discovers everyone their is a witch.

I haven't watched the previews for the news CBS shows. I wanted to but in order to see them you have to create a log in account on cbs.com. I see no point in doing that as I watch very few CBS shows: HIMYM and Big Bang Theory. I watch Amazing Race when I remember to add it to my DVR. Why do they have to change the title every season? It's retarded. So here's my take from the press release:

2 BROKE GIRLS
Two friends and coworkers scheme to make more money while waitressing It's on after HIMYM but I probably won't give this a chance.

UNFORGETTABLE
A lady detective with 100% perfect recall memory, except for the one thing she really wants to remember: her sister's murder. I'm falling asleep just typing about this.

HOW TO BE A GENTLEMAN
This looks like a modern day Odd Couple with a writer and a personal trainer working together to improve each others live or something.

PERSON OF INTEREST
This is the only show that kind of appeals to me as it stars Lost's Michael Emerson as part of a crime fighting duo. He uses advanced software to figure out crimes before they take place. Never mind, this sounds stupid.

A GIFTED MAN
A doctors starts seeing and talking to the ghost of his dead ex-wife and she tries to help him be a better person. Oh my this sounds bad.

Charlie's Angels
I was so ready to hate this show but the preview looks great. Like really great. Bad girls are recruited to be a team of problem solving PIs working for unseen Charlie in sultry Miami. I can't wait.

Pan Am
This is one of the most anticipated shows of the fall. The escapades of pilots and flight attendance at the dawn of the jet age. I think this will be a big winner, for the first season at least. Let's see how it holds up year after year.


Once Upon A Time
This one is a bit confusing. Townsfolk in a mysterious New England town are actually fairy tale characters and they don't even know it. Or something like that.


Last Name Standing
Tim Allen is back as a dad living in the women's world of his wife and daughters. I'm not a big Tim Allen fan so I'll skip it. Also it just seems like we've seen this before.

Man UP
Three best friends deal with life and relationships and play lots of Call Of Duty together. This could be good.


Suburgatory
A teenage girl and her single father move from Manhattan to a suburban nightmare. She is literally to cool for this school. Angsty teen comedies never last but maybe this will.


Revenge
There's a new girl in town at the Hamptons and she's pissed. And killing people so some reason. Rich people getting what's coming to them, always a good time.

Five new shows on FOX this fall. However FOX does not allow me to embed any of their videos. Lame.

Allen Gregory
It's a new animated comedy about a 2nd grader who acts like a middle aged business man. Also he has two dads and he's in love with his principal. This looks like a great addition to Animation Domination.

Terra Nova
This is getting lots of good buzz. I'm going to lower my exceptions but keep things hopeful for the new dinosaur adventure. Yay, dinosaurs!

New Girl
Zooey Deschanel moves in with three male roommates and they all become great friends. I hope this is good.

X-Factor
The show that brought us Susan Boyle in the UK is finally in the US with Simon. Do we really need another reality singing competition? Apparently yes.

I Hate My Teenage Daughter
The wonderful Jamie Presley returns in this mother-daughter comedy It should be good.

Like Bender, I'm back baby. The new fall schedules are coming out this week and here's my take.


Playboy Club
So the problem with Mad Men, is it sucks. No one likes to point this out, but it's true. The actors are great, the setting is cool, but the story lines suck. I stopped watching it after season 2 and the rating are terrible, there's no reason it should be on TV. However, The Playboy Club would never have come into existence without it. And this show looks great. It's my number one pick for the fall season, and not just because Eddie Cibrian is dreamy.

Up All Night
This has the dream cast of the season: Christina Applegate, Maya Rudolph, and Will Arnett as hard partying parents. This is a MUST watch.

Whitney
NBC has not had a hit multi-camera sitcom in years. I'm hoping Whitney will change that. I was laughing hard during the 4 minute preview and I love Whitney Cummings' stand-up.

Prime Suspect
This procedural stars a female detective in a male dominated department. It seems kind of retro sexist and I don't know how realistic this is in 2011.


Grimm
Oh my this looks bad. I'm all for another good supernatural cop show but really, the Grimm fairytales as true cautionary tales? This won't make it to the World Series.