FOX also seems to have a lot to offer in the coming year.

The Grinder
Rob Lowe is a TV Lawyer whose long term series just ended. His brother is a real lawyer who is not very assertive. Together they make the perfect lawyer. Wait, isn’t Rob Lowe on the NBC show about the end of the world? Probably Yes

Grandfathered
John Stamos finds out he had an adult son and an infant granddaughter. This might be good. Probably Yes 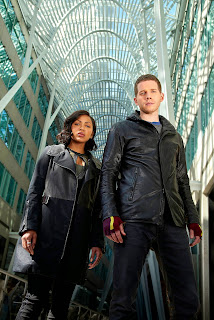 Minority Report
Based on the movie, one of the former precogs joins with the police to try to stop crimes after the pre-crime program was shut down. I love SciFi so Definitely Yes

Rosewood
Like the sadly canceled Body of Proof, this is a hot cop partnered with a hot medical examiner. The thing is, the ME (Rosewood) has only 10 years to live at the best. Looks good but this season is already very full. Probably No

Mid-season
Lucifer
The devil gets bored and leaves hell to solve crime in LA. No really this looks good as it is based on the DC comic series of the same name. Definitely Ye 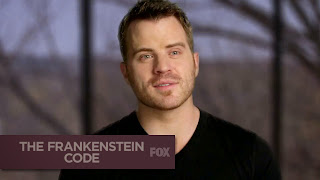 The Frankenstein Code
An old sheriff is murdered and scientists insert his brain in a new super hot body. I’m skeptical so Probably Yes

The Guide to Surviving Life
Millennials working and living together. Could be fun. Probably Yes

Bordertown
An animated show about life on the Mexican border. I’m not impressed. Probably No

X-Files
Earlier this year Chris Hardwick interview Gillian Anderson and they started the idea of an X-Files reboot and it took off from there. It start next January and I couldn’t be more pleased. Definitely Yes