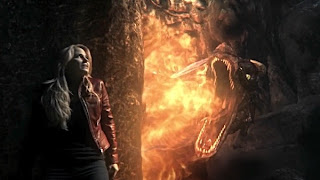 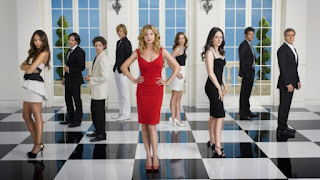 I watched the entire first season on #DowntonAbbey today

With that said, the show is great. I'm so invested in all the characters. Great characters is the number one reason for a show to be great. I can't wait to watch season two.


- Posted using BlogPress from my iPhone

FOX has only one new show in the fall.

Mob Doctor
Like it sounds, its about a doctor for the mob. Since I don't like doctor shows and I don't like mob shows, I won't watch this twice.

The CW has two new shows this fall

Arrow
It's a show about The Green Arrow comic book character. I felt Smallville was kind of the Green Arrow show for the last five seasons but whatever. I'll still watch it as I like comic book TV shows.

Beauty and the Beast
A remake of the 80s show with Sara Conner but this time the female lead will be Lana Lang. I didn't watch it then and I won't watch it now.

ABC has gone country this year, with two shows about country music.

Nashville
Drama about life in the Nashville music industry. Keep this away from me.

The Neighbors
A family moves into a gated community only to discover everyone else are from another planet. We haven't had a great SciFi comedy in a while and I plan on watching.

Last Resort
A rouge sub might be the last survivor of a nuclear war. I can't imagine how they could stretch this out past a few episodes.

Malibu Country
Reba is a country singer living in Malibu. I do love Reba so I might give this a chance. 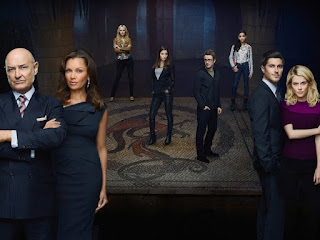 666 Park Avenue This looks like Needful Things on the Upper East Side. It's got Wilhelmina Slater and John Locke as possible demons and owners of the building so yep I'm watching.

I don't watch much CBS. I'm only going to try out one new show.

Partners
Business partners and friends navigate the new relationship in one of their lives. Boring.

Vegas
A show about Las Vegas. Again. This time it takes place in the 60s so we can have mob stuff. No thank you.

Elementary
Modern day Sherlock Holmes moves to Manhattan after a bout in rehab and joins up with Dr. Watson played by Lucy Lui. You had me a Lucy Lui. I'll watch anything she's in.

Made In Jersey
Jersey girl works for a uptight Manhattan law firm. This sounds like the worst garbage I could imagine.

NBC has the most numbers of new fall shows. Some look good and some look terrible.

Revolution
Post Apocalyptic world where all electricity stopped working everywhere. This looks terrible and I will watch every single episode because I love post-apoc. Apparently everyone forgot about mechanical steam engines.

Go On
Matthew Perry is a radio sportscaster who is in grief counseling after his wife died. The preview looks promising. Check out the preview.

The New Normal
A gay couple hires a surrogate to help them have a baby. I consider this the best prospect for the fall. It's new Will and Grace. Nene Leeks is one of the couple's assistant and she looks amazing.

Animal Practice
Life in a large vet office. Oh my this looks terrible. Marcel from friends stars as Dr. Zaius.

Guys With Kids
Three friends hang out with their babies. This looks like it could be good too.

Chicago Fire
Life in a Chicago fire house. I think this will be a hit but I don't really care for shows about firemen or paramedics or doctors so much.