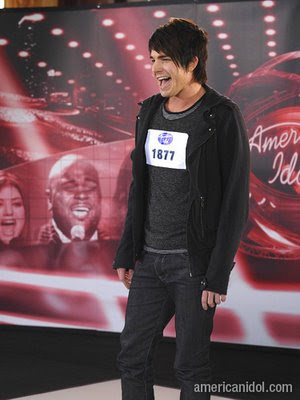 American Idol ends tonight. I haven't been so into a season ever. I watched last year and I didn't really care which one of them one. This year I really want Adam to win. Of course Kris is much hotter but he's married. Adam is clearly the better singer of the two. I don't think Simon has even said anything negative about him. I think Simon said once he was the best singer they've ever had in eight seasons. But he won't win. The fundies like O'Rielly spent the last few days stirring up their base making them think if Adam won it would be a referendum for gay rights in the country. And the biggest loser in this game is Kris. He is going to win a competition he doesn't deserve and never achieve the success he should as the season eight winner. On the other hand, Adam will achieve the same success whether he wins or not. I feel bad for Kris.