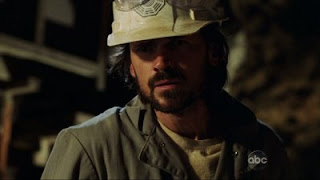 The season premier of LOST did something no show has done in the history of everything. They started up just where the final two seasons ended. On the island we see the results of the island move at the end of season 4. In L.A., Jack continues his journey back to the island which he started at the end of season 3. The flashback scene (or flashforward scene?) was with Daniel Faraday at the construction of the Orchid Station. On the island Locke has some non-linear conversations with the Others and the beach survivors freak out at their new situation. Off the island, the Oceanic Six deal with the situations which will bring them all together and back to the island. It was a great episode but we didn't learn much new. Here are the new questions: