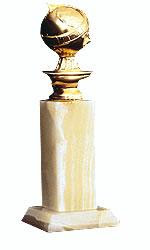 So Many Different Types of Sparrows!

My TiVo picked up a surprise new episode of 30 Rock last night. And what a wonderful way to end the season, possibly. I think anything said in a German accent is funny. All the storylines were great: Liz and The Board ("I bought a black apartment!"), Kenny and coffee ("it's the devil's temperature"), The Germans ("Hubcap?"), Jack and CC ("I missed a vote on recreational whale torture"), and it all culminated in a Midnight Train to Georgia song and dance number with the entire cast. I think every television show needs to break out in song for no reason at least once a season.

I had thought 30 Rock had run out their new episodes made before the writer's strike so I was surprised by a new episode in addition to a new Earl and Ugly Betty. I found a list on wikipedia which list the number of new episodes left of currently running shows. Here is a select list. I did not include any shows that haven't start their season yet.

This month VH1 is rolling out its new crop of reality shows. They would have had these with or without the Writer's Strike because they are very popular. Most are new seasons of old shows but tonight they have a brand new show: Celebrity Rehab with Dr. Drew. This looks to be a good show. We saw Jeff Conway breakdown on Celebrity Fit Club. He needed an intervention. Now he is joined by some new and old reality show stars as they try to break their dependencies on whatever.

I'm always amazed to see Dr. Drew on big national talk shows. I'm even more amazed that he now has a show with his name in the title. Back while I was in college he was one the late night radio talk show in L.A. called Loveline. Since people often would ask questions about drugs, Dr. Drew, an addiction specialist, was a big part of the show. I would listen to the show often. I grew cold to Dr. Drew since I found some of the things he said homophobic, but I've gotten oven that.

In addition to Celebrity Rehab, VH1 has these other show starting this month:
Scott Baio is 46 ... and Pregnant. Scott and friends deal with the life changing events of his girlfriend getting pregnant. This is both the least real and most entertaining reality show on VH1.
My Fair Brady. In season 3, Peter and Supermodel contemplate having children.
Rock of Love 2. I think the only reason they had this was to increase the candidate for the next Charm School show.
and of course...
Flavor of Love 3. In addition to also increasing the candidate pool for the next Charm School, this show hosts the most disgusting bachelor on the planet. Flavor Flav is just gross. I can't understand why women want him. Oh yeah, women are crazy

What Chelsea says about redheads is all true. I should know, being a redheaded terror myself. Watch the clip, it's only four seconds long it won't kill you.

She was talking about Lindsey Lohan, but it works for me to. I'm glad Chelsea is back from the holiday break. Like Kathy Griffin and Jon Stewart, she calls people on their ridiculous shit they try to pull.