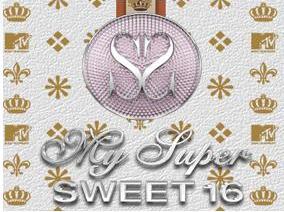 I've been watching this show on MTV called My Super Sweet 16 for a few weeks now. It is such a train wreck. It follows around rich teenage girls (and black boys) whose parents have way too much money and spend it on these lavish parties for their spoiled kids. Here's what usually happens in each episode:

Most of the time, the focus of the episode is a spoiled little girl, but I've seen a few episodes with boys. All of then were African American kids. I don't know what that is all about. I saw one this morning with the gayest teen ever, Bjorn. His party included a fashion show and took place in the mall after closing. I hope these kids enjoy their time in high school, because the real world is going to suck ass for them later.

Comments:
Oh, I wish I would have seen the one with Bjorn! Good description of the show itinerary, it's right on. Every single show is exactly like that.

I like MTVs video interface. And it works on Macs, which is something VH1 needs to take care of. Networks need to not be so worried about digital rights of their 2 minute clips. Or that can be, and fade into obscurity.