The Great DVR Disaster of 2007 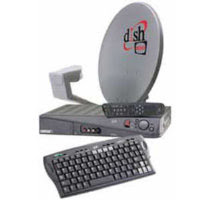 Almost exactly seven years ago I got my first DVR. It was the DISHPlayer 7200 and it would record about 8 hours. It was the greatest piece of technology ever. Well, maybe not ever but it is the technology that changed my life the fastest. Suddenly I didn't have to use videos tapes any more. The 10 minutes I spent every morning checking the VCRs and cable boxes was no longer necessary. Seven years later and two hard-drive upgrades later and I'm still using this great old box on my main TV. It can record nearly 100 hours now with no signal degradation. My Tivo can only record as much as 80 hours on crappy quality and something like 20 hours at a almost undetectable quality loss. The DISHPlayer is so great that I've overlooked a huge bug that has existed since the beginning: Daylight Savings Time. It never figures out PDT/PST so twice a year I have to create new seasons passes for everything. But that's not the disaster.

Sometime between last Wednesday night and Saturday morning, the hard drive was inexplicably wiped. The machine lost no functionality but all the saved programs, unwatched programs, and season passes were gone. Gone! A week's worth of The View, both Friday Stargates, Smallville, and Ugly Betty, GONE! Complete unwatched seasons of Boston Legal and Brothers and Sister which I had been sandbagging, GONE!! Great Episodes of the Simpsons and Family Guy which I'd been procrastinating copying to DVD, GONE!!! I almost cried. But I did what any disaster survivor does: I pressed on and rebuilt (I reset all my season passes). As God is my witness, I will never have an empty DVR again!
# posted by Daniel Brown @ 3:52 PM