Where is Britain's Got Talent? 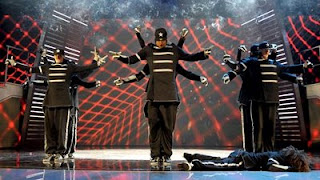 Almost two months ago Susan Boyle stunned the world with a voice that didn't match her frumpy appearance on Britain's Got Talent. It quickly became the most watched clip of anything ever from the Internet. Several more clips from the show made their viral rounds through the blogosphere. Yet where can we watch Britain's Got Talent in this country? No where. I have like 300 channels on DirecTV and none of them carried the show, not even BBC America. What the pho? This past weekend the finals where broadcast live in Britain and Susan Boyle lost to a dance group called Diversity. It would be great to watch the entire show even if not live. Why didn't one of the music networks pick it up? Or any one of the lesser cable networks. It was a huge failure on the American centric networks. You can watch many of the clips online at: http://talent.itv.com/.

Comments:
It all comes down to licensing - blame the lawyers.