LOST - Who, When, and Where

LOST is getting so complex (and awesome!) this season I need to define the terms I use to describe groups and time frames. I don't have a place list, I just felt that saying who and when in the title was missing something.

When:
Ancient Times - The period long ago when the Temple, the ruins, the foot sculpture and probably the well Locke went down were built. Nothing is known yet of these time.
Pre-Dharma - The time on the island before the Dharma Initiative. We saw Richard Alpert and young Widmore in this time frame in the fourth episode. The Others were the dominate force on the island.

Dharma years - Sometime in the 70s through sometime in the 80s or 90s when the Dharma Initiative was the dominate presence on the island. They built up the hatch and other stations but where whipped out in "The Purge"
After the Purge - The time when the Others where once again the dominant force. They appropriated the Dharma facilities and had a network off the island. Things where fine until...
The 108 Days of Flight 815 - Or just the 108 days. This is the time frame of the first four seasons from the time flight 815 crashed to the disappearance of the island by Ben's turning of the Frozen Donkey Wheel.
After the Disappearance - This is the time between the island disappearing and the arrival of Flight 316. We don't know what happened during this time yet.
After Flight 316 - The current time frame Ben and Locke as well as the other Flight 316 survivors are living in. I'm assuming this time is concurrent with the mainland at the time of the crash so 2008.

The groups have now splintered in ways the some of the old terms are no longer applicable. Here are all the groups as I call them.
The Losties (retired term) - The name for the original survivors of the middle section of Flight 815 during the 108 days.
The Tailies (retired) - The tail section survivors. Of them Bernard is the only one still living, maybe. We haven't seen him in a while.
The Freighter People (retired) - The people originally sent by Widmore in the freighter.
The Oceanic Six - The five Losties and Aaron who made it off the island. I will use this term to refer to Jack, Kate, Hurly, Sayid, and Sun as they integrate into the island during the Dharma years.
The Time Travelers - Daniel, Juliet, Sawyer, Jin, Miles, Charlotte (deceased), Locke (exited), Rose, Bernard, and anyone else left alive from the original Losties. This is the group that bounced around in time and presumably ended up in Dharma time when Locke turned the wheel again.
Dharma Initiative - Original members of the Dharma team. We are uncertain who is still alive after the purge.
The Others with Ben - The others who were led by Ben on and off the island. After leaving he still seems to have a large network of people and resources at his disposal. 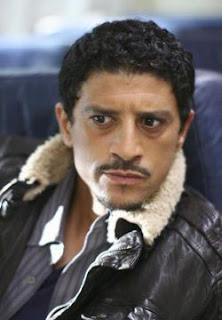 The Others with Widmore - It seems clear that Widmore is not Dharma and he was once part of the same group as Ben and Richard. This could be a mislead. Anyway he has his own network of people (Abadon, now deceased) and resources working toward the island's cause. Ben and Widmore are likely a power struggle within the same organization who will be in the war with Dharma over the destiny of the island.
The 316ers - The newest group on the scene. The survivors of Flight 316 which landed mostly intact on the Hydra island. Frank, Ben, Locke (now resurrected), and new-comers Caesar the Lost Whisperer, Ilena, and any other survivors.

I'll probably need new terms in the coming weeks again. Who knows what will happen in the Dharma years.