Five Shows to Put on Your TiVo 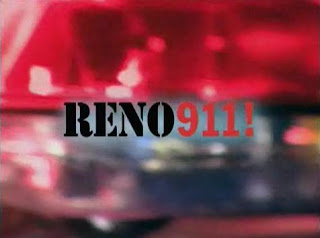 Reno 911! - There sheriffs return tonight in one piece. This is the continuation of the current season which started in January. Wiegel sold her new baby. Seth Green held up a fast food restaurant. And the ladies got some new push-up bullet proof vests.

The Naked Archaeologist - I love watching the history channel and this Canadian show is great. Uber-jewish host Simcha Jacobovici may not be an archeologist but he's great on this show. In fact he is a controversial documentary director/producer. He investigates biblical stories and tries to match them up with real hard archaeological evidence. And he makes it really funny by mixing in clips from public domain movies. It's on Wednesdays.

Girls Next Door - Season 5 is still not scheduled but I enjoy watching episodes again and again. It's my favorite reality show ever.

Mind of Mencia - Carlos is funny and sexy. He's got a great skit comedy show. This season he added a new segment based on real things his parent's put him through as a kid like taking him to a cock fight. I laughed really hard at the season premier last night.

Comments:
Add a sixth. "So You Think You Can Dance". If you aren't watching this, you are missing out on a lot of fun. And not the typical "people making fools of themselves" type of fun we get with most reality shows, though there is a bit of that (though not too bad) in the audition process. These people are incredibly talented and fun to watch.