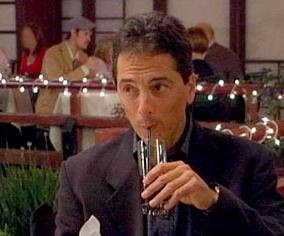 VH1 has hit ratings gold with it's celebreality shows. Starting with the Sureal Life which is took over of WB way back when, there has been a steady stream of new Sunday night celebrity-tastic new content. That show has had seven seasons (if you count the All Star Fame Games season) and half a dozen spin-off shows including Charm School a third generation spin-off.

The current Celebreality shows include:

Rock of Love with Bret Michaels. I think they created this show just so they would have crazy women for another season (semester) of Charm School.
Scott Baio is...45 and Single. This is different than most reality shows. The camera work looks more professional. Scott's naration at the starting is great. I think it is different each week.
Hogan Knows Best, season 4. Terry (The Hulk) is such a nice guy and his son is getting hotter and hotter. Brooke is quite talented but I wish she would be more Britney and less Rihanna.
Mission: Man Band. This is the newest show which debuts on Sunday. Former boy band menbers Chris Kirkpatrick (N*SYNC), Jeff Timmons (98 Degrees), Rich Cronin (LFO) and Bryan Abrams (Color Me Badd) move in together for a month and create new music and see if they can make it as a band. I think they should have picked a New Kid on the Block as well. Set you TiVos!