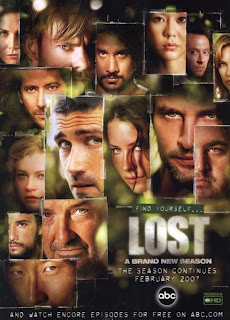 I was reading the paper yesterday (yes I read the actual paper sometimes) and that's were I first heard the news about the end of LOST. They have announce three more seasons, each with 16 episodes. They will run without repeats or recaps from Feb-May in 2008-2010. Plus the three episodes left this season means a total of 51 episodes left in LOST. I think this is a great move. Of course I would love to see 22-24 episodes a season, I much prefer the short blasts over the long drawn out season with huge breaks in them. I think the popularity of the Sopranos with completely inconsistent seasons has allowed shows to survive and flourish with huge gaps between seasons. The best part of season 3 have been these 16 episodes in the spring. The first six in the fall did more to hurt the show than anything

Tonight is the first Ben flashback show. It should be awesome.