I've been pre-occupied with the Photo Safari and a new computer game so I slacked off on my blogging. But as my friends over at Just Ted say, "one should blog for one's self not any pretend audience." So if I want to take two weeks off, I can. Pppppffffttt! 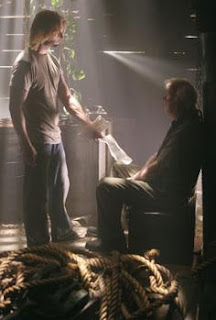 LOST 3.19: Everybody hates Jack
The least surprising secret (oooh, The Secret!) this season is that Claire is Jack's half sister. The second least surprising secret (oooh, The Secret!) is that Locke's father is the original Sawyer. Since he confessed to being a conman all his life, this storyline was secured. He's dead now. Besides flashback's by Juliet, flashbacks to all island events are my favorite. I hate having to filter through a boring pre-island story that's sorta relevant to the events we really want to see. So this was yet another favorite episode for me. Also Jack is a dick and now the other Losties are beginning to realize that. James should totally take over as the leader.

Here is what we learned: 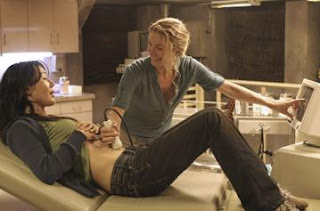 LOST 3.18: Patchy's Back
So who's your favorite Other? Besides Juliet mine has to be Patchy aka Mikhail. I'm so glad he's not dead. And how many languages does that guy know? How many does helicopter girl know? Juliet was great again. She's great and she still hates Ben. Who knows what he's up to. I think Sun/Jin episodes are my least favorite in the flashbacks. Mostly because I usually watch each episode twice, the second time while folding laundry or sorting Legos. When the show is sub-title heavy I have to pay more attention both times. I hate that.

Here's what we know: