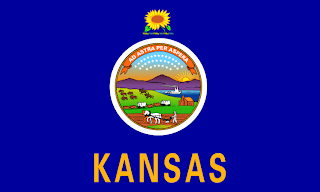 Tonight is the season finale of Jericho. The last two episodes have been very exciting concluding with the war between small town Jericho and slightly bigger neighboring small town New Bern. The season has been filled with several mysteries which have been satisfactorily resolved and some great stories. However it still remains the largest leap of suspension of disbelief of any show I'm currently watching.

I can deal with the main premise: a group of terrorist set off twenty or so nukes in major US cities killing some 30 million people. That's a stretch but OK. However I have bigger problems dealing with these points. (1) There was a total breakdown of communication at the start of the season. Broadcasting centers are far more diversified than just the main urban areas. (2) The EMP which hit in episode 6 was far more devastating than the nukes. But what caused it? How far reaching was it? (3) Although the complete breakdown of the federal government makes for great storylines, I don't buy it. The military would not collapse without the Pentagon. And wasn't the Pentagon designed to mostly survive a nuke? (4) The countryside scenes are clearly rural Southern California, not Kansas. Of course it's cheaper to do this but I still get bothered by it. I grew up there so I know what it looks like. (5) The food shortages seem a little unlikely. Kansas produces significant amounts of food which it ships all over the globe. With nothing getting shipped out one would expect an abundance of food. As a fly-over state when I look down all I see are those irrigation circles. (6) An early season sub-plot was the missing planes that couldn't land at the nuked out cities so they landed on highways. I never bought this one. There are lots of small regional airports which wouldn't be ideal to land a 757, but much better than a two lane highway. (7) What happened to Canada and Mexico? Germany, Russia, and China have all sent aid but what of our neighbors. Trucking stuff in would seem cheaper than airdrops.

OK, so why do I still watch? The characters are good and the action of the war between the small towns is second only to the action sequences on 24. Great gunfights and explosions and stuff. Even though there's a lot of hurdles to believability, it's fun TV. I hope they get a second season.

Comments:
yeah!! We did get 7 more episodes. Hope they put it in a better timeslot though.

Nice to meet another Jericho fan :-)

awesome finale it was and now after reading your post i am feeling delirious to download jericho free finale episodex so can you share any link here for that.