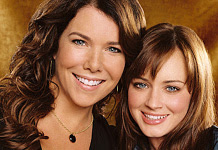 Like naggers, whiners annoy me. One of the things I hear often from people when talking about different shows is "I missed the beginning, I can't just pick it up now." I've decided I'm no longer going to accept this. This is a lazy attitude that's just not true. Anyone who believes this is doing themselves a disservice by missing out on some good television. This year I have picked up two old shows that were new to me, How I Met Your Mother and The Gilmore Girls. Both had well established back stories which I picked up most of within half a season. So whenever anyone says I can't start watching [fill in the blank] now, I'm going to replay, "You are a lazy bastard and you are cheating yourself out of some great entertainment."