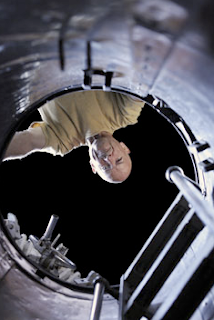 As I keep saying, no one ends an episode better than LOST. It could have ended well with the explosion in the sub. They pushed it up one more with the reveal of Locke's father Cooper in a closet. They gave us a lot of information (or did they?) about the mystical events on the island. Ben's description of a "Magic Box" could mean on of three things: (1) There's a physical place on the island that gives one what is asked for, (2) The entire island is the box and which gives you what you want, (3) It's all bull shit to mess with Locke's head. The later seems unlikely since Locke got the use of his legs back some how. Now that the sub is gone, is there anyway to get off the island? How did Michael and Walt get off then? How do the Dharma drops find the island?

Here's what we learned:
And here's some new questions: