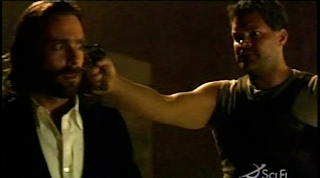 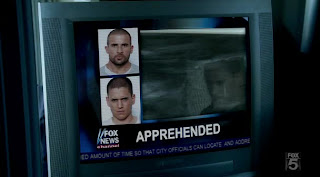 Watching Prison Break requires a highly level of suspension of disbelief than Heroes, LOST, or Battlestar Galactica. Events on this show are very, very implausible. Still it's quite entertaining. Tonight the season resumes where it left off with Burrows and Scofield narrowly escaping Agent Mahone with the unlikely assistance of evil-doer Kellerman. Still at large are T-Bag, C-Note, Sucre, and the mostly forgotten Haywire. The best twist of the year is the incarceration of the other evil-doer Bellick at Fox River. Bellick was the former head correctional officer there. It is not likely he will survive very long. This makes for a great plot-point, but the swift timing of this all was hard to believe. I would love to see Dr. Sara and Kellerman face off again. She's awesome. 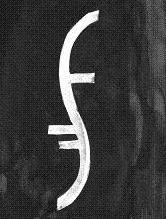 Heroes is the coolest new show of the year. Tonight Heroes returns at 9:00. NBC has a season recap on line if you want to catch up. The show has been unfolding in such a different way than any other show. Many of the characters have never even met. It's like a bunch of disconnected storylines playing out. Slowly the Heroes are meeting. Claire has met Peter. Peter has met future Hiro. Hiro has met Nathan. Nathan has met Niki. Etc. There's still so much we don't know:
Tonight we are introduced to a new Hero. The biggest hero problem is Jack Bauer on 24 which airs at the same time. Last week's premier was explosively good. Luckily I have two TiVos.
# posted by Daniel Brown @ 3:02 PM 0 comments

I've been informed from multiple sources that I need to cut down on the spoilers. So here's my new policy about spoilers:
And here's another bit of administrative news. Blogspot doesn't play well with Safari so I haven't posted as much from home as I'd like to. Now that I've installed Firefox on my MacBook, I should be able to have better posts from home included YouTube clips, corrected spelling, and links.

Bindi Irwin had the Best Week Ever!

Bindi Irwin is having the Best Week Ever. The late Steve Irwin's daughter was on Ellen this week:


And here are some other clips from YouTube that were highlighted this week on Best Week Ever, including Rosie's entire dancing toilet paper number from The View. 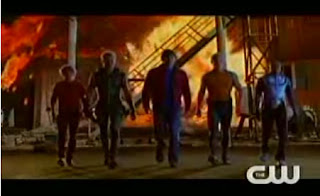 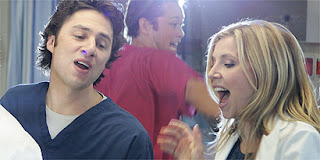 I love Scrubs and tonight's episode should be really, really good. It's the long awaited musical episode. When a patient checks into Sacred Heart complaining of always hearing music, the hospital crew sing their way through the episode, presumably from her musical point of view. Scrubs is known for doing fun and crazy stuff like this. My favorite was when JD fantasized what his life would be like as a sit-com while treating one of the writers from Cheers. Set your TiVos. 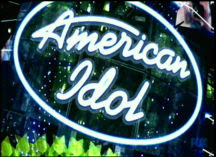 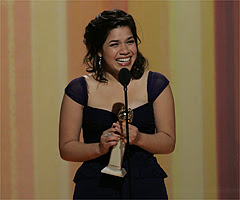 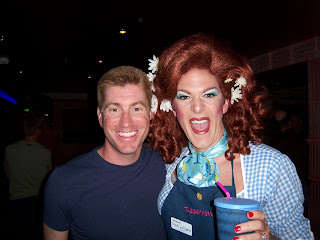 Tonight don't miss 1 vs. 100 on NBC. This is the game show where one contestant answer the same question as 100 members of "the mob". Any time a member of the 100 misses one, they are out and the prize money goes up proportionally. Often they have groups in the mob like cheerleaders, brain surgeons, Rhodes Scholars, etc. Tonight they have a group of drag queens including my favorite, Dixie Longate. I've included a picture of us taken last January. She's the top selling Tupperware Lady in all the US. Really, she is.

30 Rock is getting better and better. It might just be the funniest show on television right now. Last night's episode had me laughing so hard. Jenna's movie, The Rural Juror, is about to be released and she goes on the View to promote it. No one knows the name of the film from Jenna pronunciation so everyone is eager to watch the show to figure it out. Ratchel Dratch is brilliant as Barbara Walters. This is her sixth appearance on the show, always playing difference characters. I've included a clip of her scenes:

Last night I was talking to fellow TV enthuthiest and friend of DtvB, Drew. He was wondering why BBC America waits so long to show stuff in America after it debuts in the UK. That's a good question. Why don't they? I don't see any reason we have to wait six months to see the new seasons of Life on Mars, Footballers Wives, or Little Britian. Why can't they debut the episodes here the same week or only a few weeks later? It doesn't seem fair. Popular US shows run only a week or two behind the US showing when airing overseas. And when are we going to get to see the new Doctor Who spin-off Torchwood. Series one just completed in the UK. Is it going to be on BBC America or the Sci Fi Channel. I want to know! 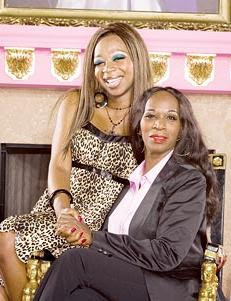 Tonight is the debut of the Lifetime show Gay, Straight, or Taken? On the show a women goes out with three different men, one from each category. I don't know what the daters win for choosing properly or fooling the women. There have been two gay/straight dating shows in the past, both have failed miserably. Maybe this will be entertaining enough to be success.
# posted by Daniel Brown @ 5:12 PM 2 comments

I think The Apprentice has officially jumped the shark. The show has moved to L.A. and to Sunday nights. The Donald's ego trip is hopefully coming to an end. He totally ruined the franchise last year when he had three Apprentice shows in one season, two running concurrently in the fall. He blamed his failure on Martha, but it was all his mismanagement that lead the the failure of her show. Other than Martha, he's fired two other women from his show who were becoming celebrities. In 2005 he fired his long-time assistant Robin because she was becoming "a prima donna". Last summer he fired Carolyn from the show and the golf courses she ran. It's obvious that if he is not the sole center of attention, he will have a tantrum. I say we all start "I Love Ivanka" websites and see how long it takes him to fire his own daughter. I have no respect for Donald anymore.

Now then there's his whole Rosie feud. I lost all respect for Rosie in 1999 when she got all outspoken about violence with Tom Seleck and then the same month appeared on Ally McBeal in yet another storyline where Ally solved her problem with violence. I can't deal with hypocritical people. With that being said, I still think Donald was a jerk for calling her a slob. He should stick to facts and skip the personal attacks. Are they in sixth grade? Even though I don't have any respect for either of them, I still think Rosie is a talented comedienne who always makes me laugh. She should just skip the commentary on current events. 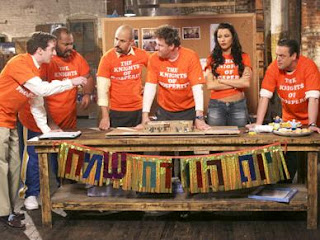 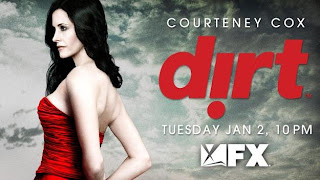 If you watched Nip/Tuck this season, you couldn't miss the onslaught of commercials for the new series Dirt. Well it starts tonight. It stars Courteney Cox, who you may remember from the Bruce Springstein video "Dancing in the Dark", as the head of a tabloid magazine. I think Courteney Cox was also on Family Ties for a season and I hear she was on some show in the 90's. Dirt is supposed to be a sexy and glamorous take on the world of gossip publishing such the way Nip/Tuck is made plastic surgeons sexy and glamorous. It starts tonight at 10 on FX. If you miss it, don't worry. I'm sure it will be repeated several times over the next week. That's the joy of watching a network with only big show.