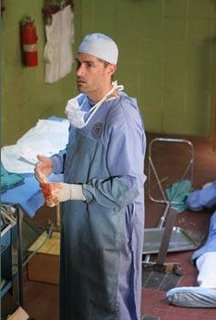 Every plan Jack has had to deal with the Others has failed miserably. So what makes him think his new plan is going to go any better? But Jack is an idiot and thinks he can solve everyone's problems. And now he's ruined Juliet's seemingly well thought out plan. Did I mention he was an idiot. I'm glad Kate slept with Sawyer. Also, I think this was the first episode without one scene on the beach. So here's what we learned: