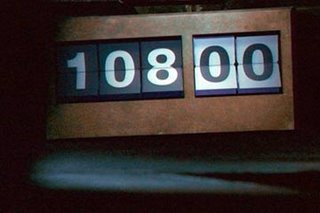 I've been watching LOST season 2 on DVD. Disk one is all about the hatch and resolving the cliffhanger from season one. I could pin-point the exact moment I stopped liking Jack. It was when he would not drop the gun when Locke was being held at gunpoint by Desmond. OK, so here's the deal: you break into someone's house with dynamite and then point your gun at the resident. How does this make you the good guy? Also, he's so sure that the button does nothing even though Desmond is so paranoid that he runs away and there's obviously something going on with the magnetism. Jack has lost me. He's going to have to do some great things this season to win back my love and trust. The other strange thing was Libby showing up as Lizzy, Michael's ex-wife's lawyer in the custody battle. Is this the same person? Why don't they remember each other? Why hasn't anyone on the internet pointed this out?

Disk two is all about the tailies. I got really emotional when I re-watched the reunions of Sun & Jin and Bernard & Rose. The episode that chronicled the "Other 48 Days" was really well done. Poor Shannon. I miss her.

SPOILER: I've read that Boone is back for at lease one episode in either flashbacks or hallucinations.