Step Up to the Plate 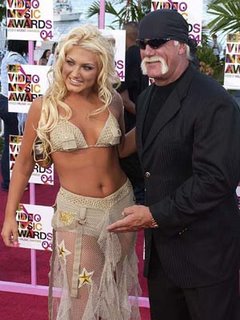 This morning I watched a few minutes of VH1 while finishing getting ready for work. It was an episode of Hogan Knows Best where Brooke was about to get her "big break". That actually describes half of the episodes. Mrs. Hogan was giving her advice and saying things like "this is your big chance" and "you've got to step up to the plate" and "don't eat that ice cream you fat cow!" It was the baseball metaphor that caught my attention. This phrase was used to death on The Apprentice in the last few season. Any time any one wanted to criticize the work of any one else, they would say "you didn't step up to the plate" or "we were expecting you to step up to the plate". Even Carolyn used that phrase. I realized today that everyone uses this phrase incorrectly and it's time to call shenanigans on them. What does it mean to "step up to the plate"? First one prepares one self by going on deck. Then they take they turn in a predetermined roster and try their hardest to do the job right. Everyone uses it as if there is no one waiting to hit the pitch out of the park and the entire team is just standing around looking for someone to take charge. Taking charge and doing unexpected exceptional work is not stepping up to the plate. "Stepping up to the plate" is doing a good job in your exact assign task at the exact assigned time.

I propose a new term, "Step up to the Mic". Imagine a audience at an open mic night and there is no list. Who is going to run up and perform next? Will you "step up to the mic?" It's sweeping the nation just like "baby fish mouth".

Comments:
I suggest, "Scoot over to the tarp."