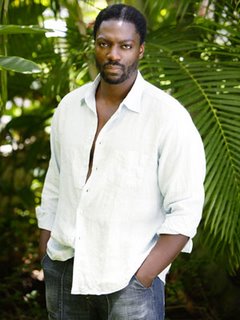 Another episode and another death. But it wasn't Eko like the preview hinted too, but poor Libby. Her last gasp was the name of her killer but no one understood. I really didn't want to see her go. I'm still convinced she was an other and Michael will be punished by them for her killing. In another surprise Eko told Locke part of his backstory (no one every shares their backstory on this show) and they found the Pearl hatch. I loved that the question mark was a physical question mark on the ground that could be seen from the sky. Loved it! Anyway, here's what we learned:

And my theory that someone says the word "lost" each week holds. Locke said it to Eko as they looked for the question mark. Has anyone else on the internet caught onto this?

Comments:
Sometimes I get so frustrated I think I should just start watching "The Vadge" instead. I mean really. But seriously, this was a great episode. I totally cried.