What is Robot Chicken? It's a stop motion animation show by Seth Green on Adult Swim. You see there was a dead chicken in the road an a mad scientist found him and brought him back to life with some robotic implants. But that has nothing to do with the show. You see the Robot Chicken is then forced to watch random television and all the beloved icons from our childhood are destoyed. The Flintstones, The Thundercats, Knight Rider, no one is safe. It's very funny. 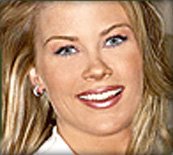 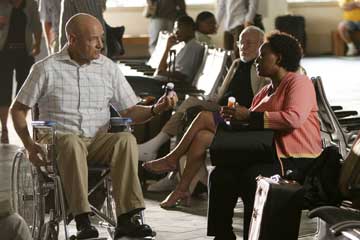 Another good episode of LOST last night. Unfortunately we have to wait three weeks for the next one. Next week Alias returns to finish off the season. We had only a few new questions and lots of answers.

Don't you wish your reality show was hot like me

The Pussy Cat Dolls are trying to be the newest Celebreality show. The strangely super-popular sextet are currently in talks with the new CW network for a new show about them. I really don't have any comment about it, I just wanted an excuse to use that title.

Yesterday I was watching The O.C. and I really liked the song they had during the opening segment. The FOX website was no help at all but I found this great site on Google called FindTune.COM. You can search through loads of TV Shows (and movies) for all the songs heard on each episode. You can add songs you think were on there or flag songs other people added incorrectly. Click on the song you and it brings you right to iTunes. It's a really great tool.

The song I liked was Good Day by Tally Hall, but after buying it and listening too it a couple times, I'm not that thrilled by it any more.

I was wrong about the Ghost Whisperer...Boobs!

Last May when The Ghost Whisperer was announced I said:

The Ghost Whisperer - Jennifer Love Hewitt stars as a psychic investigator in a show similar to Medium on NBC. No wait, it's exactly like Medium. This could actually be canceled before Close to Home.

Well I completely underestimated the power of JLH's boobs (Milk Bags!) because the show was picked up for a second season. After my genuine ghost experience last Saturday with Oscar Hawes at the GAR cemetary maybe I should actually watch the show.

According to IMDB, The original Dr. Who ran for 26 seasons with 8 different doctors and 694 episodes. And yet, I've seen only one episode. I didn't get a clear PBS station when I was younger. Luckily the show has been reborn in the UK and we get the episodes here on SciFi channel. We've been given four episodes so far and they've been mostly quite good. I'm looking forward to tonight's conclusion about the aliens who have taken over The British government and killed the Prime Minister. It's up to the Doctor, Rose, and a junior MP (member of parliament?) to save the Earth.