Thanks to the bizarre world we live in, the recent season of Saturday Night Live had record ratings. Here is my list of best sketches. But first...


Best Monolog - Kristen Stewart. There were a lot of good monologs this year, but Kristen Stewart explaining how the president used to tweet about her love life was so weird it had to be true. Also she dropped the f-bomb.

Best Musical Performance - Katy Perry Swish Swish. With all the drag queens and the bizarre teenager doing a weird backpack dance, I couldn't get enough of this. 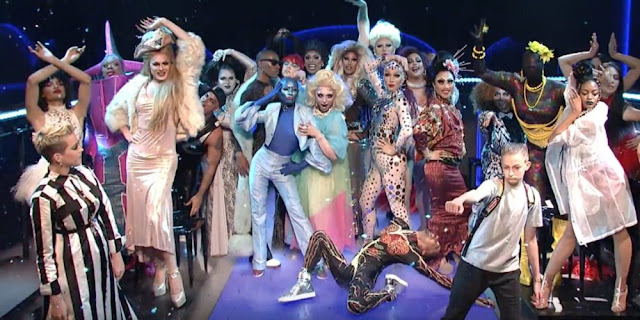 Best Weekend Update Character - Weather girl. Vanessa Bayer ended her great seven season run with the amazing TV meteorologist character Dawn Lazerus. How she is able to spew complete gibberish so well just amazes me. It almost makes up for the most annoying weekend update character ever, Jacob the bar mitzvah boy.

10. UConn Dry Fridays (Kristen Stewart)
She just needs to pop that beanie back on.

9. Auto Shop (Chris Pine)
Not only did the butch mechanics lip sync for their life, they did it to Erica Jayne's song Xxpen$ive. 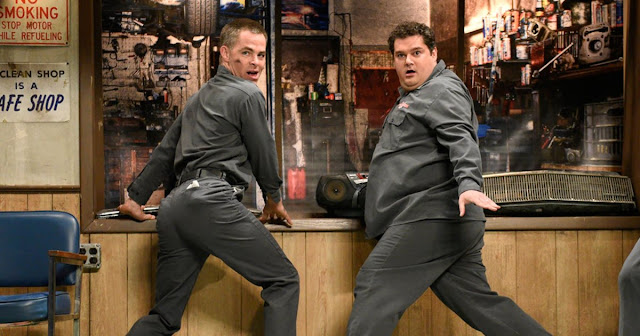 8. First Sean Spicer (Kristen Stewart)
Melissa McCarthy's surprise appearance as Sean Spicer was the most talked about sketch of the year. She went on to play him three more times but the first was the best.

7. Drug Company Hearing (Octavia Spencer)
Mrs. Williams is suing the drug company she worked for because they stole her name and the names of her relative to name all their drugs after. "Allegra, she does my hair."

6. The Sink (Emily Blunt)
This sink is just so much!

5. Dirty Talk (Aziz Ansari)
This was the real introduction the new player Melissa Villaseñor. She is the naughtiest girl in the 6th grade.

4. Totinos (Kristen Stewart)
I love Vanessa Bayer's put upon housewife character trying to keep her hungry guys happy during the Super Bowl. But this year she stepped it up a notch with a French lesbian love story. Anything for her hungry guys.

3. Cherry Grove (Scarlet Johansen)
There are five miracles of home water birth asleep in this house!

2. Wells for Boys (Emma Stone)
I really want to have the balcony for when I want to announce something. I keep watching this and laughing.

1. Haunted Elevator (Tom Hanks)
Of course the best sketch of the year was Tom Hanks as David S. Pumpkins. Any questions? Yes! This was probably the best sketch in years. 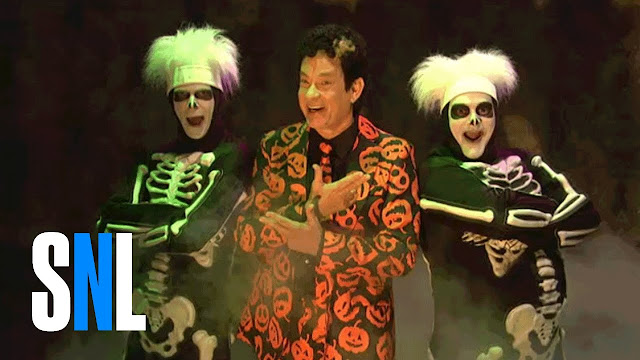 Best Episode - Kristen Stewart. I was never much of a Kristen Stewart fan before this episode. I never watched the vampire movies and her public relationships never interested me, unlike the president. But this episode was packed with great skits. I hope they invite her back even though she dropped the f-bomb on live TV.