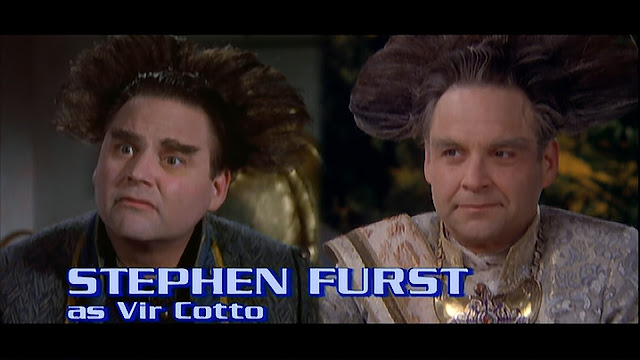 Stephen Furst played the long suffering Smithers type character assistant to Ambassador Molari. He was fantastic in that role, going from nobody to Emperor through the series. Vir was one of the few to stand up to the creepy Shadow representative. And he saved the lives of thousands of Narn by helping them emigrate from their destroyed world. He was one of the good guys and Steven Furst played helped make that character great.