2016 shows that are getting a second season

Kevin Can Wait
I never watched this. Kevin James just doesn't interest me.

Bull
This glorifies all that is wrong with the justice system. If someone can afford to hire this jury consultant to game the system, then it's not a fair trial. I won't be watching.

MacGyver
I'm opposed to this.

Man With A Plan
I watched the first couple episodes but just wasn't that interested. I like the actors but when they went to the "who will he take to the football game" trope so quickly, I just got turned off.

Timeless
I watched about five episodes. The time travel stuff is fun and the military guy is insanely hot. But the conspiracy and secret society stuff is dumb.

Trial and Error
This show is hilarious. I still have about six episodes on my DVR I need to watch. Sherri Shepherd is laugh out loud funny.

This is Us
I may watch this over the summer. I don't know much about it but it has been getting great reviews.

Taken
This show barely even registered on my TV radar.

The Good Place
I binged on this show last weekend. I can't remember the last time I laughed so hard at a show. Everyone is just amazing, especially Ted Danson.


ABC
American Housewife
I watched a few episodes and I really enjoy this show. I will catch up over the summer.


Designated Survivor
A show about a tragedy in the top levels of government is just a little to close to home right now.

Speechless
I watched two or three episodes. It's not that I don't like this show, it's just there's so much better on right now.

Lethal Weapon
Why? Just, why?


The Mick
I couldn't make it through the first episode. I just did not like any of the characters so it wasn't entertaining.

Star
I wasn't even sure if this was scripted or reality until writing this list. Apparently there's a trans person playing a trans character. Good for them

I loved Riverdale. It was the teen drama that's been missing from television. 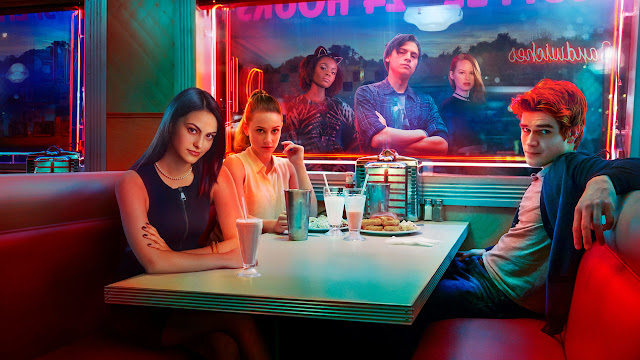