I haven't read the source material for SyFy's The Magicians but my friend/co-worker has. He keeps me up on the many changes from the books. I think this show is a perfect example of change from the original doesn't mean it's bad. Both stories are great. 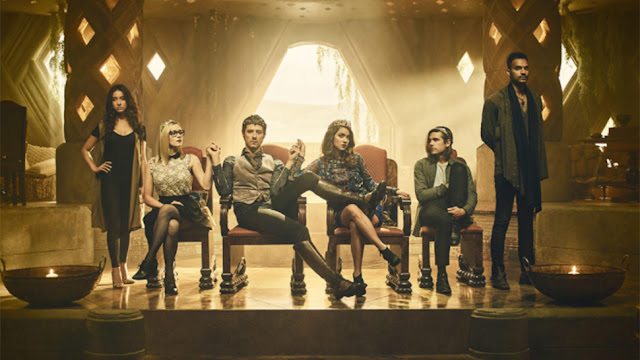 Season two was better than season one. I feel it was much more of a complete story. Season one set up the beast as the Big Bad. By the end of that season we only knew who the beast was but they did not win their big battle. By the end of season two, all of the open storylines had been closed up: The Beast/Martin Chadwick was defeated, the wellsping was restored, Julia was made whole, Alice was revived, peace was restored with the northern kingdom, and Reynard the Fox was neutralized. After these accomplishments, the kings and queens of Fillory are faced with new bigger problems: the old gods shut off magic and the fairies lay siege to the royal castle. Better yet, by the end of the season, all the personal grudges the characters had against each other all fell aside as they dealt with their insane life struggles.

Here are some of my favorite things about this season.