While my blog has always been completely spoilery, I will draw the line on discussing content from the books when reviewing The Expanse. I have read all six books. I will not spoil anything from the books that has not been on the TV show. 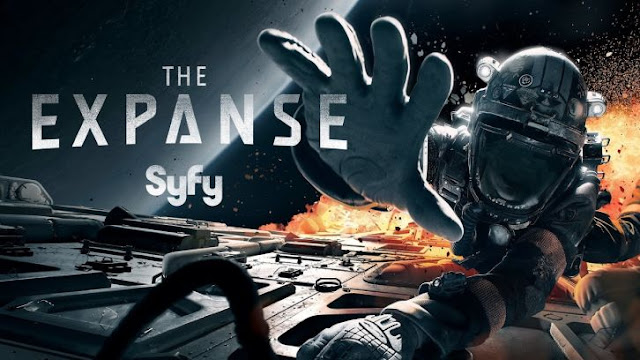 Season two can be divided into two parts. The first part is the completion of the Eros story and its trip into Venus. Then the action moves to Ganymede and the Saturn system for the end of the season. These two parts correspond to the two books. The recent season ended about halfway through the second book, Caliban's War. Which was the title of the final episode of the season. The season one finale episode title was also the title of the first book, Leviathan Wakes.

Coming from a book reader, my favorite things about this season is the expansion of thing that were only mentioned in the book, specifically the raid and destruction of Phoebe station, Epstein's ill fated test flight, and the disaggregation of the Arboghast. The latter was a great season ending point.

From a TV viewing standpoint, these are my other favorite points of the season.


I'm also happy they seem to have fixed some of the gravity issues in the writing. I'm pretty sure in season one, the Roci was docked at Tycho in a way that would make the side hull the floor. Arghh! I have to wait nine months for season 3!