ABC has the strongest slate of new shows. This is probably why they opted against another SHIELD spin-off. Why bother when you have so many winners. Maybe next year Lance and Bobbi.

Dr. Ken
Senior Chang gets his one show about his life before became an actor. It’s a family comedy and office comedy. Asians are in right now. Definitely Yes

The Muppets
The Muppets are back. The End. Definitely Yes

Of Kings and Prophets
Religious fanatics kill men, women, and children because their god tells them to. No, it’s not ISIS it’s the biblical story of Saul and David. Definitely no

Oil
The oil boom is on in North Dakota. This looks so bad I couldn’t make it through the trailer. Definitely No

Quantico
At first I thought this would suck, but after watching the trailer, I’m hooked. It looks like they are doing the two concurrent storyline one in the past while the main character is in FBI training at Quantico and the present story where she is trying to solve the bombing of Grand Central she was framed for.

The Family
The child of a small town politician returns after being kidnapped and presumed dead for ten years. But is it really him or an imposter set up by a rival or his “mother” to propel her into the governors mansion. Definitely Yes 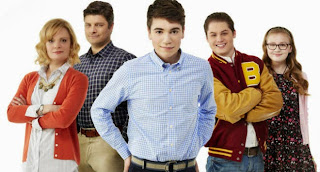 The Real O’Neals
From Dan Savage, a teenage boy comes out to his family but that not even close to the biggest scandal they have. This looks hilarious. Definitely Yes

Uncle Buck
Based on the John Candy movie which also had a spin-off series in the 90s, Uncle Buck is the bad sheep baby sitter. Unlike the movie and the first TV show, I might actually watch this. Probably Yes

Wicked City
A serial killer is murdered women in 1982 Las Angeles. The only serial killer shows I will watch are retro shows. Also he said one of my favorite lines, “What about my needs?” in the trailer. If another character said, “This is my special day” I would think someone is reading my mind. Definitely Yes