I'm also enjoying Bachelor Pad. This is a rip off of VH1's I Love Money before it was canceled because a murderer won season 3. I Love Money took people who used to be on dating shows and put them together in a house to compete in stupid challenges, vote people off, and hook up with each other. That is exactly what is happening on Bachelor Pad, except they manage to stretch it out for two hours. After last night with the third week of completely predictable results I'm getting very sick of these idiots. 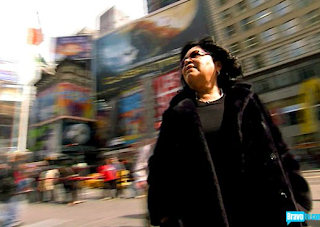 Over on Bravo, Flipping Out is running its current season. While I sometimes get uncomfortable when Jeff goes all crazy on his staff, the recent episode without any flip outs was kind of a let down. I guess he did flip out at the guy who tracked mud in the house. The real star is Zoila and Jeff even made a joke about that in his meeting with the Rockafeller Center Kitchen people. It looks like he will be promoting Zoila to nanny in a future season.

Hoarders season 2 started on Labor Day with 2 new episodes and they were great. They had this crazy old women in Oklahoma who went out and got a whole bunch of stuff out of dumpsters after the first day of yard cleanup. Then there was a family in Bothell who hadn't taken anything out of their house in the 40 years they've lived there, including their two children now in their late 30's. Their house was is such disrepair they still had to move after the clean-up because it was condemned. The the best was this old guy in Florida whose house was filled with dolls, and tiki birds, crappy Asian style art, and assorted what-nots. He acted like Liberace but all he really wants is a lady to share his life with. Right, lady. Anyway I love this show as I am a borderline hoarder. I had a five minute mental debate this weekend after throwing out a receipt. I ended up throwing it out, but pulled it out two days later and put it in an envelope. I'm like one tragic event away from stacking newspapers in my hallway so watching this show helps me stay grounded.

And here are the upcoming fall reality shows:
The Real Housewives of Atlanta comes back on October 4th. I love this show! I think the one white chick became a lesbian or something.
The Amazing Race starts on September 26th. The teams don't look very interesting but I still like watching it.
The Apprentice returns on September 16th. This isn't The Celebrity Apprentice, this is old school, get a job after, The Apprentice. I haven't decided if I'm watching it yet.

And some other shows I'm not watching: