SyFy channel had three original series this summer: Eureka, Haven, and Warehouse 13. Haven is still running, although I don't know if anyone is watching it. That is a rather standard strangeness/monster/mutant of the week. It kind of lost me last when it was revealed that lots of people knew about the main FBI agent's mother and just decided not to tell her about it all season. It was the worst way of dragging out the season arc mystery ever. It just makes most of the town looks like jerks. And that's all I'm going to say about Haven, except don't watch it. 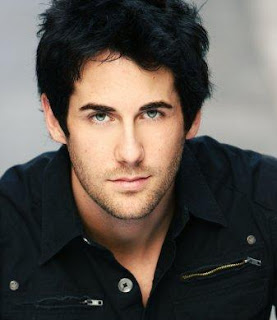 Eureka was really good this season. It started with a big game-changer premise where five of the characters were sent back in time to 1947 and return with Baltar and lots of changes in the town. It is suggested that the kid with autism sent everyone back in time on purpose so they would change things enough so he wouldn't be autistic anymore. The best story is the love story gone wrong between Zane and Jo. Just before Jo went into the past, Zane proposed. When they returned, they had never dated in the changed time-line. Over the season, Zane figures out that Jo is into him and kisses her in the season finale. Zane, played by Niall Matter, is currently the hottest guy on SyFy, in my opinion. The addition of Baltar to the cast as the 1947 scientist now in 2010 was the best thing about the season. When the show started Sheriff Carter was the everyguy/outsider that the other characters would explain things to as a way to explain things to the audience. He's become so much of an insider to Eureka, having a new outsider was important. And James Callis does such a good job with his 40's accent I didn't even recognize him of BSG until his second episode. 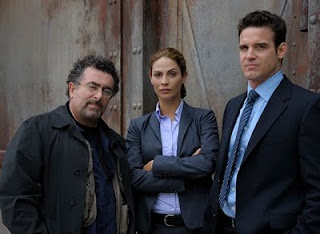 But my favorite SyFy show is Warehouse 13. The second part of the finale is on Tuesday. The second season has gone deeper into the Warehouse mythology with the unexpected return of Warehouse 2 which had been buried outside Alexandria prior to the invasion of Egypt by the Romans. They also added two new recurring characters this season: Lindsay Wagner as the Warehouse doctor, and the unfrozen H.G. Wells who had been an agent of Warehouse 12. But there's a twist: HG is Helana, a woman! I like her character a lot. We don't know if we can trust her or not. After the end of part one on Tuesday, it looks like we can't trust her. But that might mean she will turn out to be good all along. But is Artie bad? Did he uncover Warehouse 2 so some nefarious purpose? I'm excited about the ending. This is my favorite summer show.