The networks are incapable of launching a summer series. NBC tried again this year with Persons Unknown, but they moved nights and just stopped running some of them. I decided not to catch up on Hulu and gave up on the show like most people. But the cable networks do a much better job of launching and successfully running summer shows. The best thing about these shows is you can start watching one of these shows knowing full well there will be at least one season and the show will be on the same night each week throughout the summer.

First up is True Blood on HBO. This is the best summer show and this season was great. There were lots of vampire deaths this season, much more that I ever expected. This season started all about the werewolves and ended with the true nature of Sookie's heritage. Sookie and Vampure Bill broke up just like in the novels, but not for the same reasons. I wonder if she will end up with Vampire Eric. They seemed to imply that next season is going to be about witches and witchcraft as they have added two minor characters that are witches. 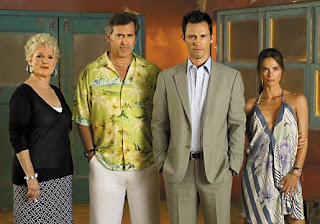 One of my favorite cable shows ran a half season on USA: Burn Notice. This season had a great addition of Jesse, another burned spy. However the "big bad" this time was less defined other than previous seasons. Also the secret that Michael burned Jesse was a little contrived. Logically anyone would understand that Michael didn't know the fall out of his mission into the CIA office in Miami. Plus the CIA burned Jesse rather abruptly with very little evidence. I didn't really buy it. But their stand alone stories were as good as ever. This show always delivers.

Also on USA is Psych, the funniest detective show on TV. Richard from LOST joined the cast as a recurring character: a super-smart super rich fake FBI profiler who immediately figure out Shawn was a fake psychic. I hope we see more of him when season 5 resumes. in November. 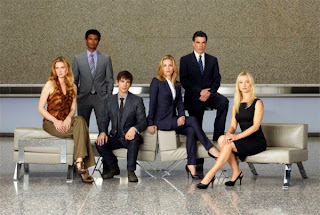 After Pysch was the new show Covert Affairs. I can't image the new JJ Abrams spy show this fall could be better than this one. Agent Walker is a great character and it has been great watching her as a new spy. Plus the season arc of her ex-lover/rouge spy has been fascinating. The finale was last Tuesday but it is still on my DVR.

Over on TNT (the know drama) is Leverage. My friend Bill calls it Average. I still enjoy it. This time they tried to have a season arc with a big target fell a little flat this season. They didn't even talk about it until the last episode. Regardless the show is enjoyable. Also it is filmed in Portland so it has a look like no other on TV right now. 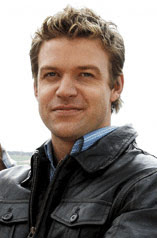 On A&E is The Glades, a police drama set in Florida. This show has a unique feel as rather than a homicide team, it is a detective and a medical examiner working together on cases. Plus the main character is hot.

And finally the only comedy: Louis, created by and starring Louis CK. This show is really funny. My favorite moment was when Louis and the mom of one of his daughter's classmates are sitting at the playground talking dirty. Saying this like, "I bet you'd want that guy over there to bunch up his sack and put it in your puss." While they were discussing the dynamics of how one does they, his daughter comes up and asks for carrots and they effortlessly slip back into mom and dad mode. It is very funny and wonderfully unique.