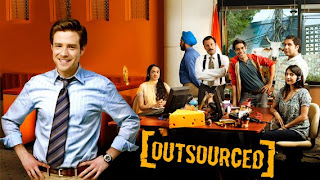 Outsourced
NBC has been batting 1000 with comedies lately. I'm really hoping this isn't another "Single Guy".

The Event
The Event is described as a "high octane conspiracy thriller". It looks like a good successor to 24 with the converging storyline aspect of Heroes first season. It will probably be at least 13 episodes in before we know what The Event is.

Chase
About US Marshalls chasing down bad guys. Is this a new bad guy each week or one bad guy over the course of many episodes? Probably a new serial killer each week. I hate shows about serial killers.

Undercovers
One word: Sexspionage. Husband and wife spies from JJ Abrams. It's like Alias meets Hart to Hart. Hopefully there will be room in my schedule for this one.

Love Bites
I can't remember the last time there was an anthology show on TV. This one promises different stars each week like Jennifer Love Hewett. No way this will survive.

Outlaw
Jimmy Smits as a retired supreme court justice taking on cases himself. This will never survive. 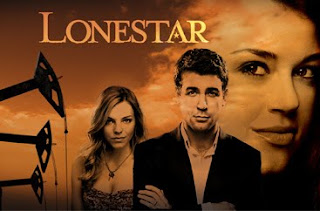 Lonestar
A con man with a million dollar smile falls in love with his mark of a wife and considers going legit. He also has a girlfriend. Love ruins everything.

Raising Hope
A family comedy about a unexpected new baby arrival in a very dysfunctional home. With guest star Cloris Leachman. Fox comedies always fail so don't get too attached.

Running Wilde
Anything Will Arnett does I will watch. His character doesn't look too far off from GOB as the rich kid who never amounted to anything.

The Good Guys
They had me at action comedy. And its the one show they chose to preview this year like they did Glee last year. 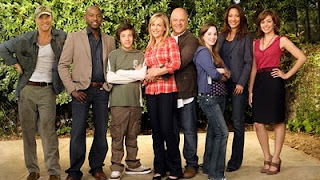 No Ordinary Family
After surviving a plane crash in Brazil, the entire family starts to develop super powers. It's great to see a real good family show again. I probably won't watch it though.

Detroit 1-8-7
Homicide detectives in the most dangerous city in America. Staring that guy from the Tequilla commercials.

My Generation
A docu-series (reality show) about a group of class of 2000 high school students and where are they now. Don't kid yourself into thinking this isn't a reality show because it is.

Body of Proof
Dana Delany and Seven of Nine in a procedural about a medical examiner. Sounds like a good show, too bad they are burying it on Friday nights.

CBS
Mike and Molly
A couple of fatties meet and fall in love at an Overeaters Annoymous group. Get this cancelled already and bring Big Bang Theory back to Monday.

Hawaii Five-O
Super hot and sexy cast include Jin from LOST and Sharon from Battlestar Gallactica shot on location in Hawaii. With Jean smart as the governor of Hawaii! I so super excited!


The Defenders
Jerry O'Connel as a lawyer who fights for the little guy. I'm so sick of those kind of shows. 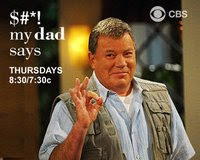 Shit My Dad Says
Technically called $#*! My Dad Says (and pronounced Bleep My Dad Says), this is the first show based on a Twitter account. Irregardless of the origin, it looks like a solid father-son comedy with Captain Kirk/TJ Hooker/Denny Crane as the dad. I love it!

CW
Hellcats
Its about time they made a show completely about a cheer squad. Perfect for the CW but not for me.

Nikita
A sexy spy thriller with Nikita being hunted by her former agency. Sexy but no.

Comments:
No spoilers but in the finale of Fringe the made a fatal mistake. One in which the whole dynamic of the cast is messed up for an unknown amount of time.

If they choose to fix it fast, it could be okay. If not it will be annoying and make the show literally unwatchable.