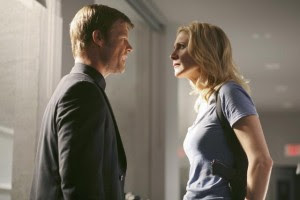 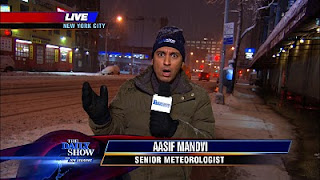 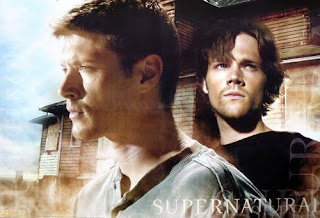 A few months back I started getting caught up on CW's Supernatural. It is currently in its 5th season. I am finally caught up with real time and I'll be watching the new episode this week with everyone else. I have really enjoyed the show and I'm not quite sure why I didn't start watching it when it first came out. Each episode is like a short horror movie. There are not of shows with a great serial aspect like this (other than LOST of course). What I like about this was the serial story started of rather localized (hunting the demon who killed their mom) and slowly expanded to putting the brothers square between the final battle between Michael and Lucifer with all of humanity hanging in the balance. This story is supposed to be concluded by the end of the season with a new story starting next season. Also both the main actors are hot. No wonder there is so much brotherly incest fan fiction written about them. Gross and hot. They have even made fun of that on the show. Sadly, no love scenes yet.

A funny casting note is that the actor playing Lucifer is the same actor playing Jacob on LOST. This week on LOST he claimed not to be the devil. Yep, that's a different show. 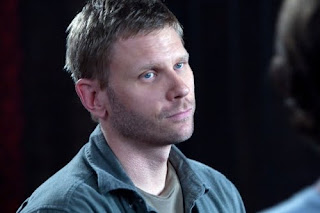 On Wednesday, Elisabitch Hasslecunt threw in a low blow against the Health Care Bill. She said American Idol was the only place that we still get to vote on. It was neither true or funny. Sheri was like, "Hold on, whatyajustsay?" Whoopie, quickly shot back with "Like the war! Like America voted on the war. Yeah!" Knowing she was loosing, she dropped the subject.

Then today she spoke out against the violence that some Republicans and Teabaggers are inciting. Sarah Palin released a list of congress members with a rifle crosshairs on a map. See below. She also said it is time to "reload" on this movement. EH agreed with Joy (reluctantly) that inciting violence is wrong and it needs to stop. Elisabeth: Unlikely Voice of Reason. 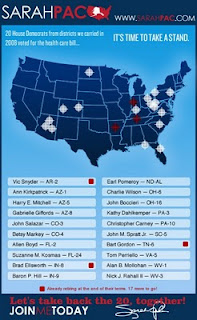 I was very interested in watching the View yesterday after the passage of the health care bill over the weekend. Elisabitch Hasselcunt did not disappoint in bringing crazy to the table. First she excuses bigotry as people just being "fired up". Sherri did not let her get away from it. Then she changes the "Hot Topic" they are talking about spouting teabaggery talking points. Whoopi got so frustrated she has to take a few deeps breaths and remind herself to breathe. Of course she pretends to be the oppressed one like she always does. She constantly lies and says the majority of Americans don't want this bill, when 80% of the people at that table seems to be in favor of it. She thinks that 212 is more than 219. But the best is her outfit. She is wearing an Anne Coulter style cocktail dress in the early morning as if she was out partying all night and just wandered in. The other ladies are dressed more appropriately. Here is the clip.

Luckily they had only a limited time to talk about the landmark legislation that effects millions of Americans and the sixth largest industry (or whatever the metric is, I don't care enough to spend 20 seconds google-ing it; I'd rather spend 60 seconds writing about why I don't care) because they had to more on to the more important topic of Tiger Woods latest interview. Stay classy, ladies of The View.

South Park is back tonight. I think tonight is a Tiger Woods episode. They did a promo short which is a great spoof of the Ginger Hater Kid video. How amazing would it be to have South Park remake your own YouTube video? 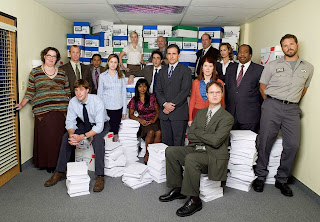