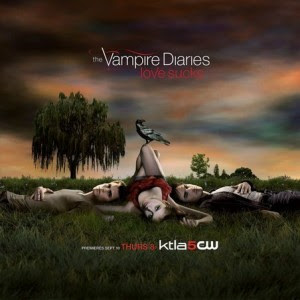 Tonight is the debut of Vampire Diaries. I will not be watching it. And it's not because the vampire landscape is totally over full with True Blood and Twilight. It's because I refuse to accept that this love triangle with two vampires and a human could ever exist. I'm 38 and I would probably take the opportunity to have sex with an 18 year old. But I could never have a relationship with him. So these vampire brothers are like 80 years old or what ever? How could they possible want to have more than a brief affair with this teenage girl? It's just weird. At least Sookie is in her 20s on True Blood. Other than the love triangle, there's also Buffy elements of demons and supernatural stuff. Hasn't this all been done to death, so to speak. One good thing is has Boone from Lost.
Accidentally On Purpose. I find a show about a baby crazy women ruining the life of her frat boy baby-daddy so repulsive. Really, this show makes my skin crawl.
Trauma. It looks kinda like Third Watch which I enjoyed. There's no real reason not to watch other than I'm already watching too much.
The Jay Leno Show. I didn't watch him when he was on The Tonight Show so why would I watch this now?
The Forgotten. Another procedural show, this time investigating unknown victims. Nothing about this excites me.
NCIS: Los Angeles. What is NCIS? There's a spin-off now? Who watches this?
The Good Wife. I find the concept good but the execution awful. So a disgraced politician's wife must go back to work after her husband is put in jail. Sounds good. But she chooses a cut-throat trial law firm with lots of hungry 20-somethings. It would make a lot more sense and be a lot more original if she became a lobbyist. Lame, don't watch.
Melrose Place. I was going to watch until I heard two words: Ashley Simpson. I boycott her like I do Scientologists. I wonder if she is a Scientologist? That would make a lot of sense.
Hank. I love Kelsey Grammar but stop making new sitcoms. He should do something different like NCIS. What is NCIS?
The Middle. I can't watch every new comedy, sorry.
Mercy. Again with the nurses. This is the third new nurse show this year. This one has Buffy's sister. If I didn't make it through more than two episodes of Nurse Jackie, why would I watch this?
The Beautiful Life. I thought Mischa Barton was dead. Who knew? This will be as huge as Models, Inc.
Brothers. Ex-NFL player has to move back home, blah, blah, NCIS, blah, blah.
Three Rivers. This sounds good but Sundays are already full. It's not just a medical show its a medical show about organ transplants. Neat.

Comments:
dude, anything vampires is rad!