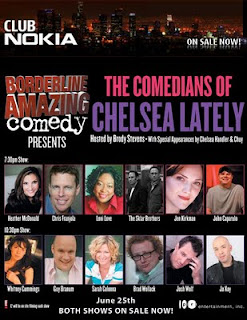 I haven't watched Chelsea Lately at all since leaving for The Ranch. I miss it, it is really funny. Today I had on random TV and turned it to E!. I found out that the Comedians of Chelsea Lately special thy talked about for most of May and June was recorded and they have broken it up into a series of 30 minute episodes. Tonight is a new episode so add it to your TiVo if you haven't already. 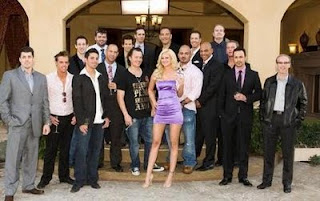 It's no secret that I love the crazy awful VH1 dating shows and spin-offs. The people on these shows act like crazy wild beasts. There are two new ones this month, My Antonio and Megan Wants a Millionaire.

I'm not quite sure why My Antonio is on VH1. Antonio Sapato Jr. is not a musician. Then again, The T.O. Show is "Brooke" style show about a washed up football player so this is not unprecedented. Antonio's show is worth watching as it is filmed in Hawaii and because his mother is wonderfully judgemental and his ex-wife shows up to win him back. It's a train wreck and it is trying to be so serious.

But Megan was on Rock of Love and so here place on VH1 is both secure and logical. I thought her show was one of the best dating show ever. Anything with Megan can only be light hearted and whimsical. Especially since she brings her retarded dog with her everywhere. She actually said on I Love Money that she wants to start a charity to help retarded dogs like hers. And her guys on her show were all millionaires. Many of them were acting like the douchebags you would expect millionaires who go on TV to act.

You can imagine my extreme disappointment when this show was removed from the schedule after only three of the episodes aired. You see one of the contestants was charged with the murder of his wife and so now the whole show is gone, probably for good. Ryan Jenkins got married in Vegas to a "model" earlier this year after filming for the show wrapped. A few weeks ago her body was found in a suitcase in Buena Park, CA, not to far from where I am right now. (I'm going to Disneyland today!) He fled the country and was found dead in a motel in Canada just yesterday. He was clearly a rising VH1 reality star as he was reportedly a contestant on I Love Money 3, which will also probably never air.

This goes to show you that rich people are not just as crazy as poor people, they bring a whole new level of crazy to television. Rich people get that extra level of entitlement which leads to even crazier behavior like murder and suicide. Rich people can be normal, but rich people who go on TV where their net worth is shown on screen are the highest level of crazy and they should be avoided. 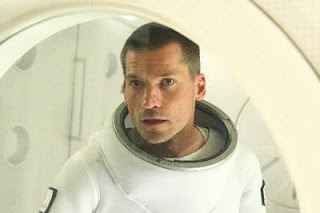 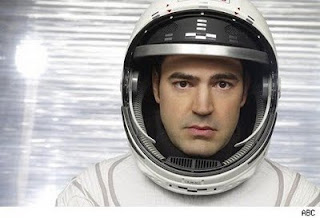 I've been out of town for over five weeks. I'm back in Seattle for a few days this week. I had some things that needed to be done before I leave again. I'll be gone for six weeks this next time. Being gone for so long requires some serious TiVo management. First thing was removing all the reality shows: Brooke Knows Best, Kendra, Daisy of Love. Also the news and talk shows I like: Daily Show, Colbert Report, Chelsea Lately. And the cartoons were dropped too: Phineas and Ferb, The League of Super Evil, and The Marvelous Misadventures of Flapjack. That cut down of a lot of flotsam. Then I needed to balance shows out on the two different TiVos so neither got too full. So upstairs it was:
Downstairs on the HD DVR:
Some shows have ended (or only have one episode left) and other new shows have started. Kathy, Burn Notice, and The Listener were removed. Newly added this week were:
Sometimes I have to set a manual recording (specific time each week) so I don't get every show ever like RHoA and Mad Men. They often have marathons and I don't want my hard drives choked up with old content. Also while I was home I off-loaded all the episodes of Royal Pains and The Listener to my lap-top. I hope I have a chance to watch them on this next part of my summer trip.

Where have I been? I've been working on a gay guest ranch in San Luis Obispo County, California. I'll be back in Seattle permanently just before the new fall season begins. I have limited time on the Ranch to watch TV and blog about it. We don't have wireless internet so we have to use these Verizon 3G USB cards. These have limited usage so I might be able to watch one or two things each billing cycle on Hulu. I'm going to try to set up the email function on my blog so I can just email in entries from my phone. I apologize for the future lack of photos in many of the posts.

The only show I have made a huge effort not to miss is True Blood. It's my new favorite show of all time this week.