When an old TV show shows up in my life three times in one day, it is time to blog about it. Today it was Hawaii Five-O. This morning I was reading one of my moderately favorite blogs, dougsploitation, had a post about Hawaii Five-O as a tribute to recent death of the song writer of the theme song to the classic 12 season series. 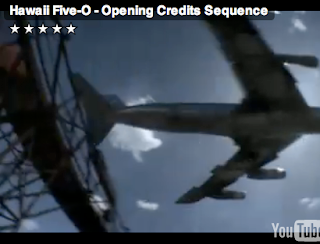 Later in the morning I was hanging out with visiting friend Matt Yee and his husband Paul. They are visiting Seattle from Honolulu on the Mariner of the Seas. We went to the Museum of Flight. While looking at the very first 747, the topic of the opening sequence of Hawaii Five-O with the 747 landing in Oahu came up. I didn't realize how important the arrival of the regularly scheduled 747 was to the integration of Hawaii to mainstream mainland culture was until this conversation.