With the new fall schedules announced this week, many shows have now been officially cancelled here are the ones I watch. 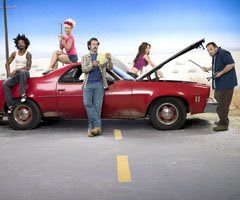 Comments:
Reaper's not dead. Industry insiders confirm Hollywood Reporter's article that ABC Studios is actively trying to sell Reaper. Syndication is a very real possiblity right now. If by any chance you or your readers would like to help out, all the info is here: http://community.livejournal.com/reaperdmv/46875.html