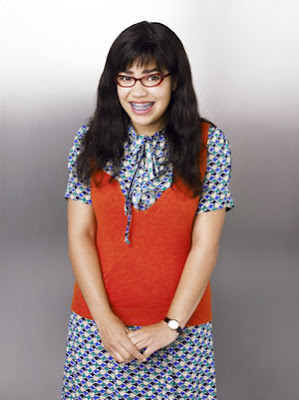 OK so I'm still trying to fully parse out and understand the new fall season announced this week. It doesn't help that I'm still on the road and don't have a consistent schedule. PS, tomorrow I have 10.5 hours of driving, ugh! But there is one pattern I have noticed: Friday at 9:00. Every network has moved one of the shows I watch to Friday at 9:00. Well, FOX already had Dollhouse at that time slot and that is currently the only show I watch then. But in addition to Dollhouse (which I'm very happy was renewed) there is:
Since I had to drop Betty this year thanks to the DISH vs. KOMO battle, I'll probably drop that show altogether now. It's season finale is tomorrow. I won't be watching. Southland is one of my new favorite shows.