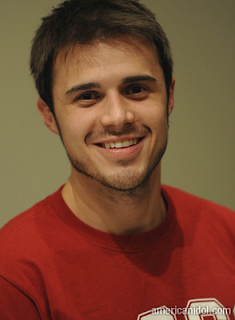 So American Idol broke with tradition gave a pity wild card to one of the ethnic kids. Yay, that was harsh, but it was true. So now there is 13 American Idol contestants left for the regular season which starts tonight. This season is very heavy toward the men. There are 8 vs on 5 women. This year there is an openly gay emo kid named Adam. But my vote is for the super hot Kris (pictured). Or the also hot big guy Michael. He's got some kids. A lot of them have kids this year. But it's clear it's going to Dead Wife or Blind Guy. For that reason I'm not going to watch it much from now on this season.