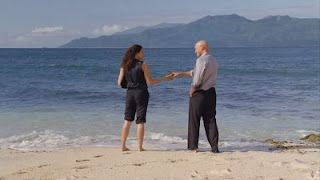 We are half way through the current season of LOST and a surprising amount has happened already. In episode 7 we had an entire episode off the island (except for the revisit of the wheel turning) that was followed by a an episode entirely on the island. I think we got to see Locke turning the Frozen Donkey Wheel in three different episodes. Locke's episode had a surprising amount of answers. The opening sequence with resurrected Locke was considered for the opening sequence of the season. That might have been a good choice. Although Jack, Kate, and Hurley in the water would have been a cool season opener too. But the Dharma opening with Daniel was definitely the best choice as this looks to be the biggest Dharma season yet. The second season opened with Desmond in the Swan and that season was all about the hatch. The third season was all about the others and that opened with Juliet in Otherville. The fourth opened with Hurley back in L.A. and that season was all about getting home. At first I thought this season was about getting back to the island but that's only half the story. It also about The Dharma Initiative.

Here's what we learned from The Life and Death of Jeremy Bentham:
And the new questions: 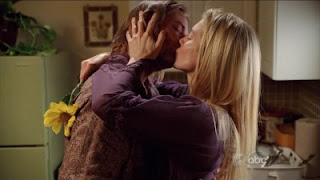 Then onto the Sawyer episode, whom I will call James forever more. Only James could pull of the con he did. He got lucky. What if Horace asked him for more detail about the Black Rock? James only really knows that it's on the island but a real salvage person would know where it left from and what year. I doubt James knew that. But in my opinion, three years is long enough to get over someone. Especially if the previous person they knew for only 108 days. We learned a lot and Jin learned English.
And the new questions:
No new episode this week but next week is an episode called Namaste so we get lots more Dharma before the Oceanic Six and time travelers catch up with the 316ers.