Here's my hybrid of LOST with the Gilly sketch from SNL.
Kate: Someone's trying to take my baby! Is it you Jack?
Jack: No, I'm too busy writing an essay on why we need to get back to the island.
Kate: Is it you Hurley?
Hurley: I'm in jail. So once again, not possible.
Kate: Is it you Ben? Beeeeeennnnnn?
Ben: Sorry. 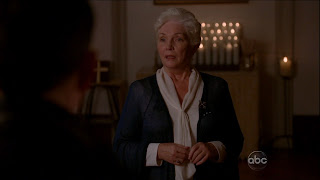 OK new episode tonight. Last week we got to see the Temple for the first time, and Smokey seems to be guarding it. He did a nice job of de-limbing one of the hot Frenchmen. Jin un-death has been reveal to everyone, both on and off the island. I'm happy to see Jin back with the other survivors. After Jin's quick adventure with the French, the survivors head out for an even bigger adventurer and Locke's destiny with the Frozen Donkey Wheel. Back to the future where Jack and Ben loose Kate and Sayid but gain Sun and Desmond. And no surprise, Desmond quests for Daniel's mom leads him to the women he met during his first adventure in time traveling who told him he needed to leave Penny. All right, let's get started with what we learned: