Eureka starts up it’s third summer season tonight on the Sci Fi channel. Last year I sandbagged the show and watched half the season one afternoon while building something in the Lego room. I picked up a clear pattern of the show. First some new simple technology or concept is introduced, usually from a new guest character. Then something unrelated goes horribly wrong. The scientist have to explain the phenomenon to Sheriff Carter and thus explain it to the audience. They investigate what the think is the cause of the problem but ultimately they discover that the simple tech introduced at the beginning was not unrelated at all. Even knowing the pattern it is still a fun show to watch. There's a lot of humor mixed in although I wouldn't necessarily classify it as a comedy. I don’t think any other show does corporate R&D as convincing as Global Dynamics. Technically they report to the DOD so this makes it yet another military based Sci Fi show. There's not many office workplace shows anymore and this is the only one since Dilbert to feature product development.

A week from Friday the biggest acceptable form of child abuse will be broadcast live from Bejing. I shan't be watching little girls doing crazy fast flips and breaking their legs. But to gear up for the first Olympics in China, The Travel Channel is having China Week. It's not unlike Shark Week on the Discover Channel last week.

I'll be watching Samantha Brown's show, Passport to China. A new one hour episode is on every night this week. Last night was Bejing. Samantha Brown is the perfect travel host. Every place she goes she just looks at things with such wonder. Whether it's fake or not, it's fun to watch her. She also has to show off her hotel, something she does so well from her tour on Great Hotels. I look forward to the other episodes this week.

My Tivo is very full. It was just weeks ago I bounced down to empty and now I’m dropping old episodes of Days of Our Lives every other day. I need to watch them soon. I was in Las Vegas over the weekend and my TiVo got filled with regular stuff and most of the first season of Mad Men. Season 2 starts Sunday. More on that later.

Last week Comedy Central debuted two new shows on Thursday, The Gong Show and Reality Bites Back. It’s fun to have the Gong Show back. There’s really not much difference between this and the high budget network knock offs called: American Idol, So You Think You Can Dance, and America’s Got Talent. If you get gonged your out, otherwise you get a score and could win. But Reality Bites Back is my favorite crappy reality show right now. It’s a reality show spoof that is also actually a reality show. The last reality show spoof was the Joe Schmo show where he didn’t know it was a spoof. In this show, the take a bunch of comedians and have them compete each week in an obvious spoof of a different reality show. Last week was Extreme Manipulation: House Edition. While the name is a spoof of Extreme Makeover, the show of a spoof of Big Brother. They had a house filled with six not so hidden cameras (including a full camera crew standing in full behind a two way mirror on a pedestal) and made the housemates do stupid stuff and get voted out. It was far more entertaining than the lame ass real Big Brother. This week it is “Shock of Love” a spoof of VH1-style crappy celebrity dating shows. Later this season they will be taking on the Amazing Race, American Gladiators, and Dancing with the Stars. That one will be Hunting with the Stars. Oh, I can’t wait!

You are a tranny who looks like a hot mess

Project Runway season five starts tonight. It’s the last season on Bravo as it will be moving to Lifetime. I think that’s a big mistake. Who watches Lifetime? The best thing to come out of the first four seasons of Project Runway is this SNL skit:

It's possibly the funniest thing to come out of Saturday Night Live since Toonces, the cat who could drive a car.

So the newest hit of the summer is ABCs Wipeout. For some odd reason America's Got Talent is the highest rated show right now, but Wipeout has been pulling in good ratings so we can be sure it will be back. Each week the unknown contestants tackle the most ridiculous obstacle course. Most of the time they end up falling in the water or the mud. I don't like the obstacles that are completely undoable, like the stupid wall with the boxing gloves. I've never seen anyone make it across that. Last week someone actually made it across the big balls. After the first round, the top 12 move on to my favorite part of the episode, The Sweeper. They must stand on 10 foot high pedestals while this huge bar spins around to try to knock them in the water. In the end usually the youngest most athletic person wins the $50k. It's a fun show that one can watch while doing other things, like blogging. Hey let's all blog. 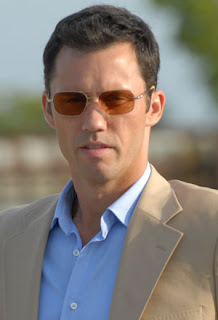 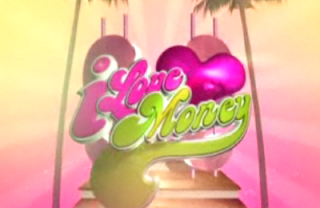