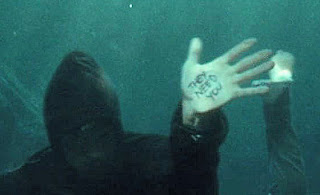 LOST is back and I couldn't be happier. Even though we only get eight episodes this season, they are going to be great and not to be missed. LOST started the week I moved to my new house. After watching the first episode I wanted to be frozen in Carbonite for seven years so I could watch the entire series at once. But I've decided it is much more fun to watch them as they come out. This way I dwell on each episode for a week or more before watching the next one.

And new questions:
BTW, this episode had the best ratings of an episode since the fall of 2006.