Check out these Golden Globes 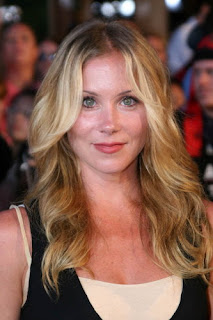 While I hate award shows, I do love to look at the lists of nominees and winners and look for trends. Once again the cable networks have hit big with 40% of the comedy nominations and 72% of the drama nominations. The odd thing about the drama nominations is the number. There were six series, five actors, and seven actresses nominated. Why not just pick five? Be decisive! If they can limit the comedy category to five, they should limit the drama category. CBS got no nominations. All the comedy awards were limited to shows on ABC, NBC, HBO, and Showtime. I may be wrong, but it looks like the most number of non-premium cable channels got nominations. Among that group are Damages, The Riches, Mad Men, and The Closer. I watched the first two and I'd love to catch up on Mad Men.

One of my favorite actresses got nominated. Christina Applegate was nominated for her new show Samantha Who? She was previously nominated for a Golden Globe for Jesse. I was one of the few people who watched that show. She was nominated and won an Schmemmy for her guest spot on Friends as Rachel's sister. I love her and love her show. 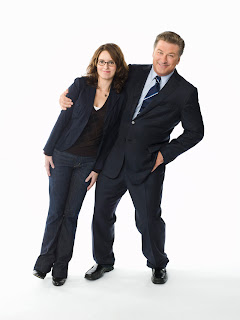 Both 30 Rock and Pushing Daisies picked up one nomination in each category. I'm very pleased. I've been worried that ABC wouldn't appreciate Pushing Daisies. My friend Lorna refuses to watch it because she doesn't want to get attached to the show only to have it get canceled. I hope now she will go back and catch up. 30 Rock continues to be the funniest show on television and despite my love for Pushing Daisies, this should win.