I finally made my way through Damages this past weekend. It was a really great show. Glenn Close and Ted Danson lead a great cast. What I loved the most was the non-linear storyline. The show began with the main character bloody and running through the streets of New York before we cut back to six months early. As the episodes unfold, we get little bits of the future story involving the death of her fiance. The main story of the lawsuit against Sam Malone never really gave any clues as the the future murder. In the penultimate episode of the season, time caught up with itself and the whole story was unveiled. By the end, five people and a dog got murdered. But when you are dealing with two billion dollars, what are the lives of five people and a dog?

They tried to get something set up for a second season, but I can't believe it could be nearly as compelling as the first. If you get a chance to watch it on DVD, you won't be disappointed.

One of the easiest and often most rewarded episode to write/watch is the Halloween episode. Buffy did three episodes. The Simpsons do one every year. Desperate Housewives dishes up their first one on Sunday. But freshmen shows do them best. HIMYM did a first season Halloween sex romp. Marc dressed as Betty was the first fall down laughing scene of UB. This season Big Bang Theory had a Halloween party to play some jokes on. "Why would you want to be a Hobbit?" I haven't watched last night's Halloween Reaper yet. Tonight Pushing Daisies has a Halloween episode. But I'm going to pull something deep out of my memory for a fond Halloween episode memory.

The year was 1982, the show: Square Pegs. It was a single camera sitcom back when they still added the awkward laugh track. Sarah Jessica Parker stared as an unpopular girl trying to break into the cliques. But the Halloween episode had the cast running scared from a would be serial killer similar to the guy from Friday the 13th or the guy from Halloween. As the characters encountered the masked killer in the street, we saw from the point of view of the bad guys, with eye hole cut-outs over the camera and heavy breathing. Finally at the end, the killer showed up at the Halloween party door step. Everyone screamed. He took of the mask and it was the school Principal. Ahhh!

I don't remember much else of this show, but I remember that episode. Happy Halloween Everyone! 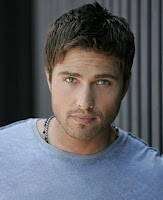 Returning from vacation is never fun. But one of the things that eases me back into normal life is a TiVo stuft full of TV goodness. With so many choices what did I watch first? My favorite new show of the fall, Pushing Daisies.

Usually I don't like the show which all the critic love. But Pushing Daisies is such a wonderful mix of dark humor and whimsy it's hard not to love it. It's got the funniest narration since Ron Howard on Arrested Development. The sets are completely over-the-top and colorful and just wonderful. The main hang out for the characters is the pie shop called "The Pie Hole". I just love this show. So what is it about? The Pie Maker has a unique "Heroes" ability to bring people back from the dead with a touch. But there are consequences so he's got to be careful. Like any show, it is really the characters. And the characters are wonderful. I could go on but I want to go watch two episodes of Heroes.

The season premiers of rival time slot sophomore comedies had a great common joke that worked great for both shows: Fatty Fatty Fat Fats. On Ugly Betty, stick figure receptionist Amanda got chubby over the summer after she found out her real mother was the now deceased Fey Summers. This means her ex-boyfriend Daniel might be her half-brother. Icky! Fat reveal: Amanda stands up from behind the receptionist desk to expose her huge bottom.
The best joke: Wilhelmina sees just Amanda fat but and says, "Hi Betty."

Over on the Peacock network, 30 Rock returned with one of the funniest episodes of the season. Jenna returned from Hiatus with 30 extra pounds after working on Mystic Pizza, The Musical all summer. She ate 32 slices of pizza a week. Fat reveal: Jenna's make-up tarp thingy is removed while she talking to Liz. The best joke: while wearing a ill fitting outfit with large vertical stripes she exclaims, "It's Visual Trickery!"

I'm glad I have two TiVos so I can watch both.

Buy More vs. The Work Bench

The new shows Chuck and Reaper have a lot in common. They both are about an underachiever who works at a big box store. Chuck works are Buy More (a Best Buy clone) and Sam on Reaper works at The Work Bench (a Home Depot clone). Both are reluctant heroes working unbelievable second jobs. Chuck fights terrorists thanks to the government database downloaded into his brain. Sam fights escapes souls and sends them back to hell, via the DMV. And both have hot girls they are trying to impress that work with them, either in their cover jobs or their secret jobs.

But the thing I like is that both of these stores are becoming a character themselves completely necessary to the show. Sam uses the many hardware and sporting goods items in the store in his effort to fight the powerful escaped souls. Chuck and his government agent buddies find interesting uses for the Buy More such as using the home theater room to test Chuck's stored knowledge.

Both shows are great. I hope they catch on.