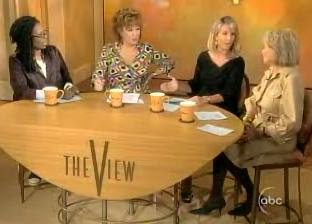 This morning while enjoying a bowl of Wheetabix cereal I watched the first two episodes of The View's new Season 11 which started on Tuesday. Whoopie started full time this week. I only watched "Hot Topics". Here are some interesting things of note: