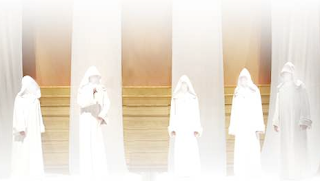 Season 3 is coming to a close. If it hasn't already aired yet and you are reading this, then you are invited to come over and watch it with me. The season started with the Colonials living in a Cylon prison camp. After four episode and the best space battle in the history of everything, there were back in space. At mid season they found an old Earth colonist outpost. When leaving that system, the sun exploded, Xena was put on ice, Helo and Sharon got their daughter back, and Baltar was captured. By the end of the season, Starbuck killed herself, Apollo resigned, the president got cancer again. Tonight is the continuation of the trial of Baltar. Supposedly the cliffhanger is going to be gooooooood. Last year I was jumping out of my chair at the finale. This year is supposed to be even more groundbreaking than that. Will we find out who the final five Cylons are?