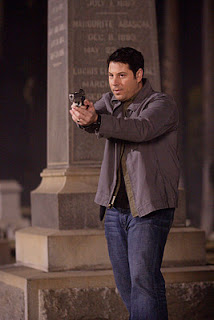 Next week we get to see the battle between Radioactive Ted and Claire. It's going to be cool. There's a bit of a spoiler in this week's TV Guide in the form of some behind the scenes photos. Avoid it if you can.
# posted by Daniel Brown @ 6:27 PM