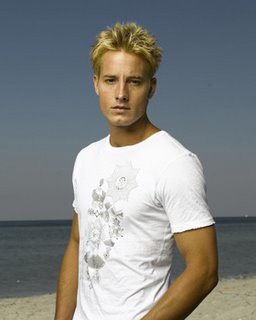 I caught up on this season of Smallville over the past weekend. It's really much better this season that it has been in a while. The best is the addition of Oliver Queen aka The Green Arrow. He and Clark figured out each others secret rather easily. Oliver is played by the hottest guy on network TV, Justin Hartley. He's dreamy. He's only a recurring character so he's not in every episode, but he is in tonight's. He's also dating Lois.

Last season fell flat with Spike/Brainiac and several very-special-episodes like Jonathan's death, Lexmas, and the un-proposal. This season is much better with the new enemies. Clark was in the spinning rhombus phatom zone at the start of the season. When he escaped, a bunch of baddies got out too. Now he's on a never ending quest to track them all down and then he'll start his Superman training.